The next venue for the 8th Tucson Fringe Festival is The Screening Room. Used during the first and sixth years of the festival, The Screening Room has added its unique history to the Fringe. The neon marquee sets it apart from most businesses along Congress Street and helps recognize it as an entertainment venue. The building’s history holds a lot of mystery. Despite hours of research, there are still several decades which hold no evidence as to how the building was used. Built in 1912, nothing is known of its use until the 1940s. 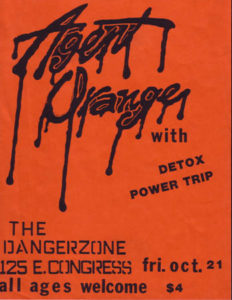 For almost four decades, the site was known as Karl’s Shoe Store, a national chain. The owner was Harold Karl who was the second husband of Debbie Reynolds, star of stage and screen. After his death in the early 1980’s, it is rumored the building became a shot gun store as a front for a punk rock club called “The Dangerzone” but sources list the address as being next door. The Dangerzone remained open for just a short time as the majority of the Tucson community did not approve of the punk rock scene. The building’s history is unclear throughout the majority of the 1980’s.

In 1989, the Arizona Center for Media Arts, a company that manages the Arizona International Film Festival every April, purchased the building and renovated it into what is now The Screening Room. The new neon marquee was built in 2009. Though primarily showing films, The Screening Room has presented other live entertainment such as the fringe festival and live music, comedy, and drag shows. Various film festivals utilize the screen including the Underground Film Festival and the Tucson Terror Fest horror film festival. 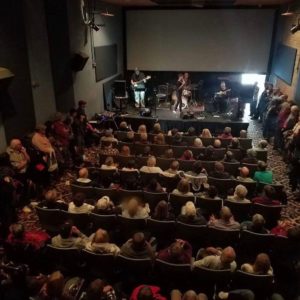 We are happy to have the fringe festival return to The Screening Room for another year. It’s an intimate venue in the heart of Tucson and they serve beer and wine which is always good with a film or live show. Though its history is more unusual than most buildings, The Screening Room has become a Tucson hidden treasure. As the only film house in downtown Tucson, we hope they have more live event offerings without losing their image as a movie theater. As the second most used venue by the fringe that is still open, we are delighted to include them once again in this forthcoming Tucson Fringe Festival. Click here to enjoy photos of The Screening Room from the Arizona Daily Star. 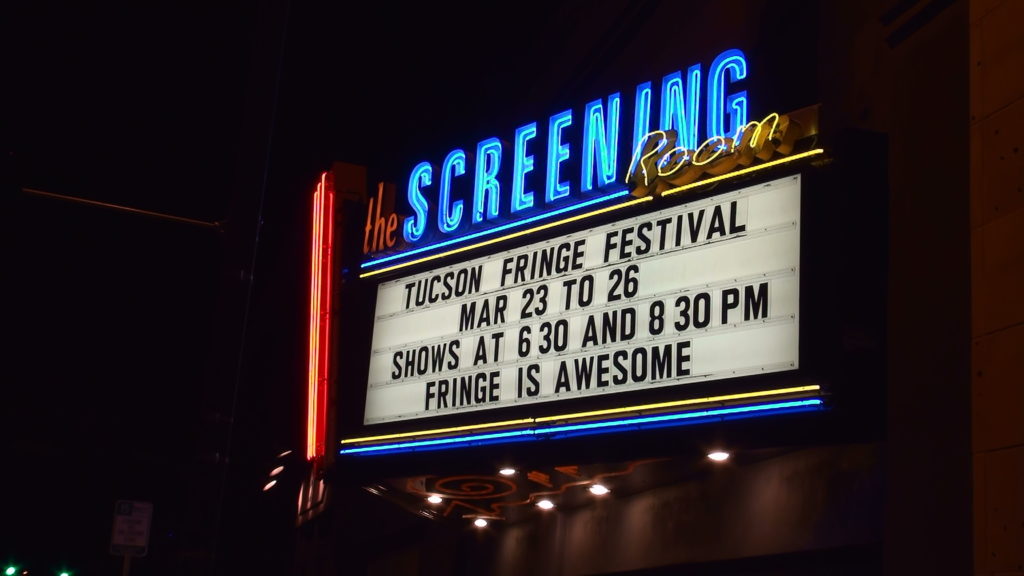 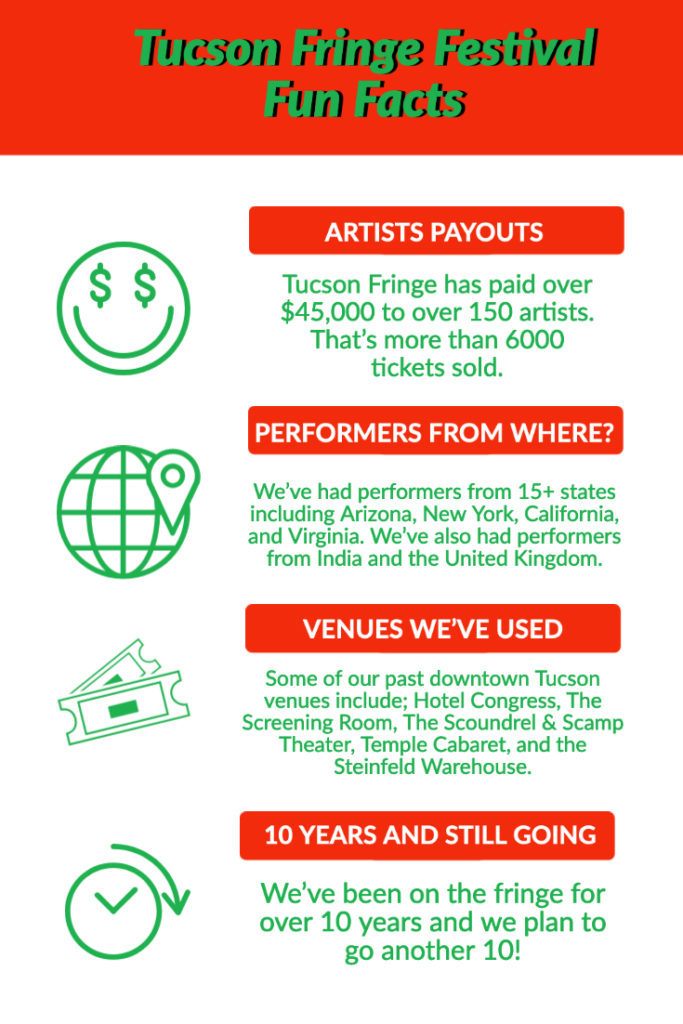